In a thrilling encounter, Australia emerged victorious against a resilient Indian team. Opting to bowl first, Australia were in a spot of bother when Opener KL Rahul and Virat Kohli stitched a 55-runs partnership to hand India a total of 69 inside 8.3 overs, however, Virat was dismissed the next delivery by the Australia leg spinner Adam Zampa, while trying to slog him for six. 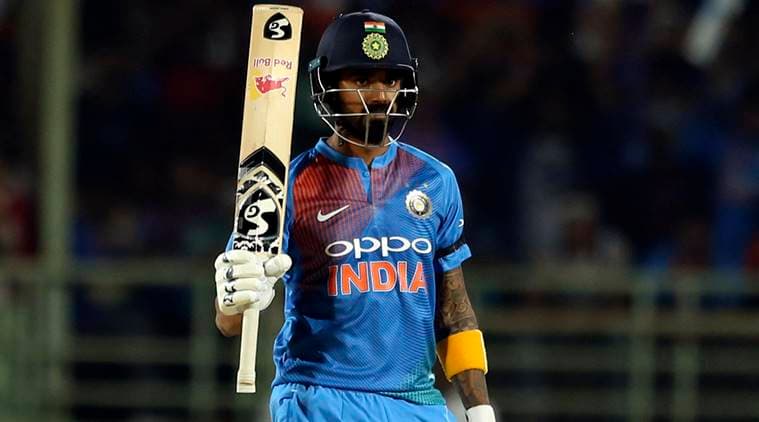 An over later, India lost Rishabh Pant through a mix-up between Pant and Rahul that resulted in Pant being run-out. After the completion of 10 overs, India were poised well at 80/3, however, the next 10 overs just gave them no chance to get back into the game.

In the 13th over, KL Rahul was dismissed after a well-made 50, but his dismissal soon resulted the Indians with a flurry of wickets as Dinesh Karthik, Krunal Pandya and Umesh Yadav were all dismissed cheaply without troubling much the scorer. Thus, MS Dhoni had to play the role of the anchor batsman as he tried to steady the Indian innings in a slow low paced pitch.

Courtesy of Dhoni’s 29 from 37 deliveries, India didn’t bundle up earlier and managed to post a low total of 126 in their allotted 20 overs. Nathan Coulter-Nile was the star of the Kangaroos, as he picked up 3 wickets giving away a mere 26 runs with an economy rate of 6.5.

Australia decided to change their opening partnership and thus Marcus Stoinis joined D’Arcy Short in the middle. However, this plan proved to backfire as Stoinis looked patchy and was run-out through a combination of excellent work in the field by Umesh Yadav and Yuzvendra Chahal. Aaron Finch came in at first down but he was plumbed LBW in the very first ball by Jasprit Bumrah. 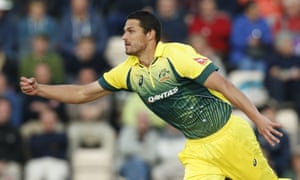 Nathan Coulter-Nile picked up 3 wickets to be declared the MOTM (Image Credits: The Guardian)

Indians were at an advantage at this moment, however, Glenn Maxwell played some attacking shots to put off the pressure from the visitors. He along with Short posted an 84-runs partnership as now the Australians looked certain for a victory. However, an excellent bowling display coupled with a flurry of wickets saw Australia need 14 runs off the last over with three wickets in hand. However, Jhye Richardson and Pat Cummins prevailed the Indian resilience and took their team past the Indian total at the penultimate ball.

The next match is on 27th of February, on Wednesday and if India loses that game then they will lose a bilateral series for the first time under the captaincy of Virat Kohli in T20I’s. What do you think? Who will win the 2nd T20I? India or Australia?