Courtesy of a five-wicket haul from Trent Boult, New Zealand thrashed India, handing away the visitor’s their biggest loss in terms of ball remaining. The game also witnessed India losing an International match under the tutelage of Rohit Sharma’s captaincy after 12 consecutive victories dating back to March 2018. Having won the toss, the Kiwi captain, Kane Williamson, opted to bowl first.  This decision seemed to have worked in New Zealand’s favor, as both of the Indian Openers were sent back to home within the first eight overs of the match by Trent Boult, as India were lurching at 23/2.

A couple of overs later, Colin de Grandhomme inflicted further jolts to India as he picked up two wickets in the same over, dismissing Ambati Rayudu and Dinesh Karthik within a space of four deliveries. In the very next over, Trent Boult dismissed debutant Shubman Gill through a caught and bowl effort. 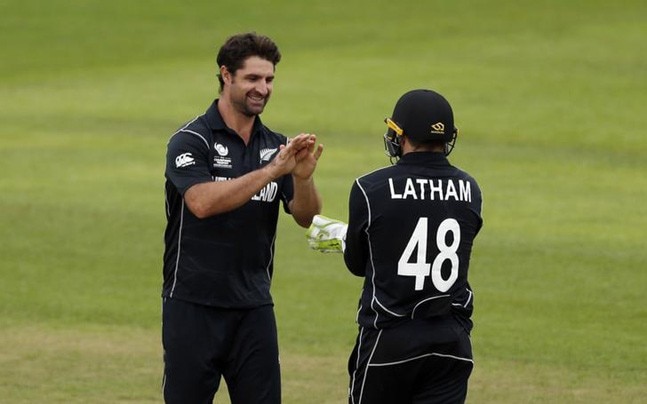 Further, wickets of Kedar Jadhav, Bhuvneshwar Kumar, and Hardik Pandya fell as Trent Boult picked up his fifth ODI fifer, while Colin picked up three wickets. The Indian total was reeling at 55/8, until a 35-runs partnership between the Indian spin twins, Kuldeep Yadav and Yuzvendra Chahal helped India reach the 80-run mark, however, Kuldeep was soon dismissed by Todd Astle while trying to play an aerial shot towards fine-leg which was comfortably caught by Colin. The final Indian wicket of Khaleel Ahmed was taken by Jimmy Neesham, as the Indians were bottled up for a mere 92 runs.

The Kiwi openers, Martin Guptill and Henry Nicholls, came all guns blazing as Guptill hit Bhuvneshwar for 14-runs in the very first over before Guptill was dismissed by Kumar courtesy of an easy catch by Pandya at backward point.

Kane Williamson was also dismissed soon, as he was caught behind by Dinesh Karthik off Bhuvneshwar’s delivery. Henry Nicholls and Ross Taylor, however, took the Kiwis past the Indian total comfortably, thus handing away the Indians their biggest loss in terms of balls remaining by winning with 212 balls to spare.

The final match of the series is to be played at Wellington Regional Stadium on the 3rd of February, 2019. New Zealand would be hoping to win the match and save their noses from a 1-4 home series loss.